Learn about our Mayor and Deputy Mayor 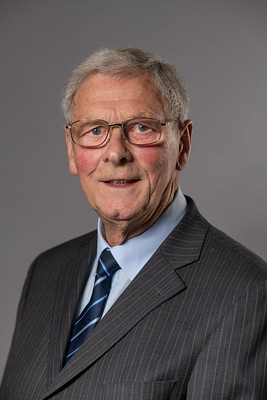 Harry Humphrey is married to Brenda and has four children. He has lived in west Norfolk since 1989 having moved from Essex with Brenda, his two youngest daughters, three horses and a dog.

He had been a member of Havering Borough Council for a term.

Brenda was a Magistrate on the West Norfolk Bench until retirement.

Harry has an Electronic Engineering background working on radar and acoustics in the Royal Air Force and Plessey Engineering. He had a business in London making, supplying and installing sound systems, as well as running a team of DJs (including Harry). Following his move to Norfolk he changed careers to Independent Financial Adviser until 2012 and is now retired.

Cllr Humphrey was elected to Norfolk County Council in May 1993 as the Member for Marshland South, which runs along the Norfolk/Cambridgeshire border. He had a varied portfolio which included Opposition Spokesman, Cabinet posts and Deputy Leader and interaction with the Local Government Assembly, Regional Assemblies, MPs, and Ministers. In 1995 Harry was appointed as a NCC Member of The Norfolk Police Authority till the abolition of the NPA in 2012.

He was elected as a member of the Borough Council of Kings Lynn & West Norfolk in 1999 for the Emneth Ward (now Emneth & Outwell Ward). On the borough council Harry has been a member of various committees and panels and Chairman of Resources & Performance Panel and the Corporate Performance Panel.

Over the years of his involvement with local government, Harry has recognised the importance and need of the service provision and responsibilities to residents, communities and businesses provided by our authorities from parish councils to Government. He also appreciates the great work done by the voluntary sector and will endeavour to support them where he can.

Harry’s theme for his year as Chairman is the promotion of the Norfolk Carers’ Charter, which focusses on three areas: young carers, carers in work and carers in the community. It aims to raise awareness of schools, employers and communities of the needs and difficulties of unpaid carers and that they should also recognise the personal qualities and value that these selfless and dedicated individuals can bring to their organisations.

Over his year as Mayor Harry intends to promote, to the best of his ability, the interests of west Norfolk and the many attractive features of the borough, our countryside and history and the opportunities for visiting, working, and creating new business.

He is delighted for the opportunity to be Mayor and for the Mayor’s Charity, Harry’s main theme is West Norfolk Young Carers together with West Norfolk Riding for the Disabled Association.

The first is to continue the interest in and support of young carers and to further pursue the aims of the Norfolk Carer’s Charter particularly in West Norfolk.

The second is based on his long-time involvement with horses and having been involved in RDA previously (Brenda was an active helper of West Norfolk RDA). They both recognise the wonder of people with mobility and other problems finding a new freedom of mobility, caring, responsibility and the personal interaction with horses.

Harry’s interests outside the Councils are his family, the care of horses and his smallholding, DIY and reading. He also is a Governor of two schools, a Trustee of two charities and Treasurer of his church in Emneth, where Brenda is a Churchwarden. 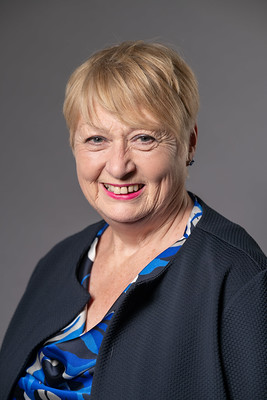 Lesley was brought up in west Norfolk. Her family lived just outside Wisbech in the parish of Emneth.

She attended school in Wisbech and later what is now the College of West Anglia but then was known as “the tech”.

Her family then made a move to Brancaster and Lesley started working for Jaeger in King’s Lynn and then later in London at their head office. She continued working in London for about twenty years and went on to work for Mecca, the entertainment company and later in PR, advertising and sales promotion.

Upon her return to Norfolk, Lesley had a variety of jobs. She was Marketing Manager for the King’s Lynn Festival and Arts Centre, Advertising and Promotions Manager for the Isle College in Wisbech and latterly for the education business partner organisation for Norfolk helping young people find out about the world of work which involved finding work experience placements, running events in schools, setting up mentoring schemes and organising visits to industry.

She spent some time as a member of Trinity Rotary and was their first woman President. She has volunteered for various organisations: the Child Contact Centre, the Winter Night Shelter, as a Trustee for West Norfolk Carers and has been a school governor for over twenty years.

Lesley has been a Borough Councillor for a town centre Ward for some 12 years. She currently lives near St Nicholas Chapel but knows West Norfolk well having lived in villages as well.

You can view our list of past Mayors of King's Lynn.