Over the last few days the Mayor has been delivering virtual messages and awards to deserving residents in west Norfolk with the help of some borough councillors.

On Thursday 25 February Kerry Robinson was given a special community volunteer certificate for her dedication to the Angels of Lynn who have supported the local community during the pandemic.

In his video message, Mayor of King’s Lynn & West Norfolk, Cllr Geoff Hipperson said: “I’m disappointed not to be able to present this certificate to you personally but am pleased that it will be delivered to you on behalf of the borough by Cllr Jo Rust, congratulations.” 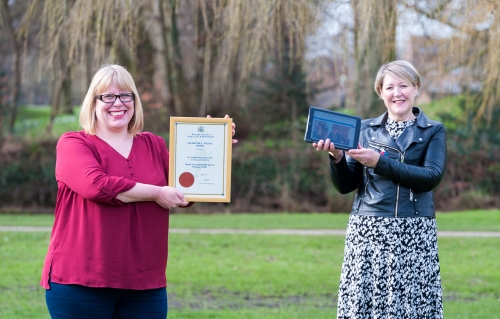 Adhering to social distancing rules Cllr Rust, Member for Springwood Ward, added: “I’m Honoured to be able to present this award to Kerry Robinson for her amazing work on the Facebook page - Angels of King’s Lynn.

“This page has provided the local community with opportunities to help people and to receive help. It has helped promote and support independent local business and has enabled children, and their families, to access learning opportunities that would otherwise have been missed.

“There are so many who deserve recognition for their amazing work during the pandemic, and Kerry is up there on the top of that list.”

Meanwhile Michael Kennedy has been clearing stones on Hunstanton beach for 27 years. In his video message the Mayor thanked Mr Kennedy for his care of the beach and said: “These days, when some people treat public places with disdain, I’m so pleased to be able to acknowledge your efforts. I’m pleased this certificate will be delivered to you by Cllr Carol Bower.” 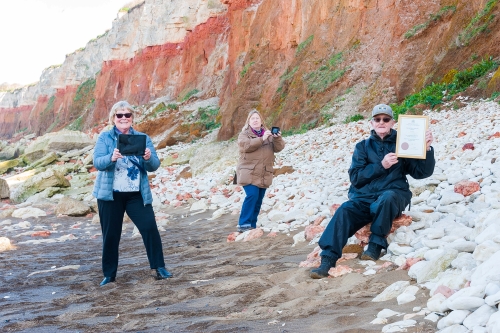 Cllr Bower, Member for Hunstanton Ward who also adhered to social distancing guidelines while handing over the Mayor’s certificate on Friday 26 February, added: “Many of us see Michael clearing the beach and appreciate his community spirit. I’m delighted to see the many years of care that has been given keeping our beach clean and beautiful.”