King’s Lynn Christmas lights are ON!

The switch on for the King’s Lynn Christmas lights was a huge success once again as hundreds turned out for this special annual event on Sunday.

The lights were switched on by a group of Ukrainian families who have sought refuge in west Norfolk this year, with their sponsors.

The children of the families also sang some traditional Ukrainian carols to entertain the crowd. 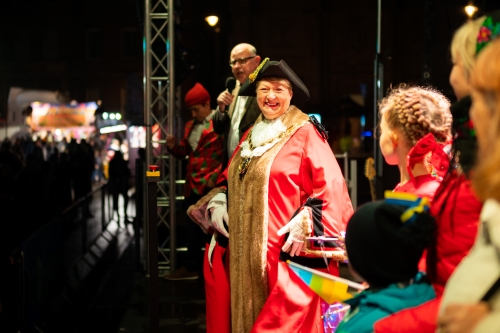 “It was wonderful to see so many people in good cheer at the Christmas lights switch on in King’s Lynn, which is always a special event in the local calendar.

“The lantern making and parade is fast becoming a local tradition not to be missed and we had fantastic entertainment, hosted by Simon Rowe from Radio West Norfolk, which included excellent bands and singing from local schoolchildren. We were also privileged to enjoy traditional Ukrainian carols from some of the children who have made our borough their home this year.

“Thank you to everyone who came along to make it such a special event, and particularly to all those involved in staging this festive fun!”

The entertainment included the Miss Jones Trio and Bear Club. The free lantern-making workshop was a huge hit, with 300 lanterns being made that were then paraded around town. This was such a success that organisers are hoping to make the lantern making and parade even bigger next year. 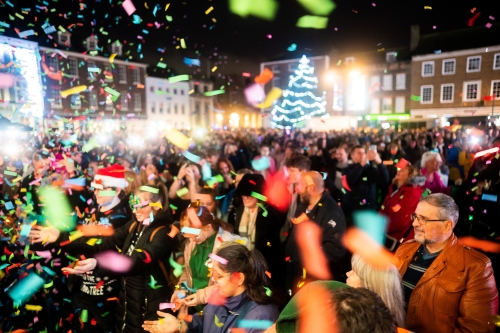