Published on behalf of Collusion

The youth have spoken

Last Friday at Alive Corn Exchange, King's Lynn's youth demonstrated their care and concern about Earth and climate change. They performed music and made live projections – and unveiled their manifesto for a hope of a green future – truly a night to remember. Here is their declaration: 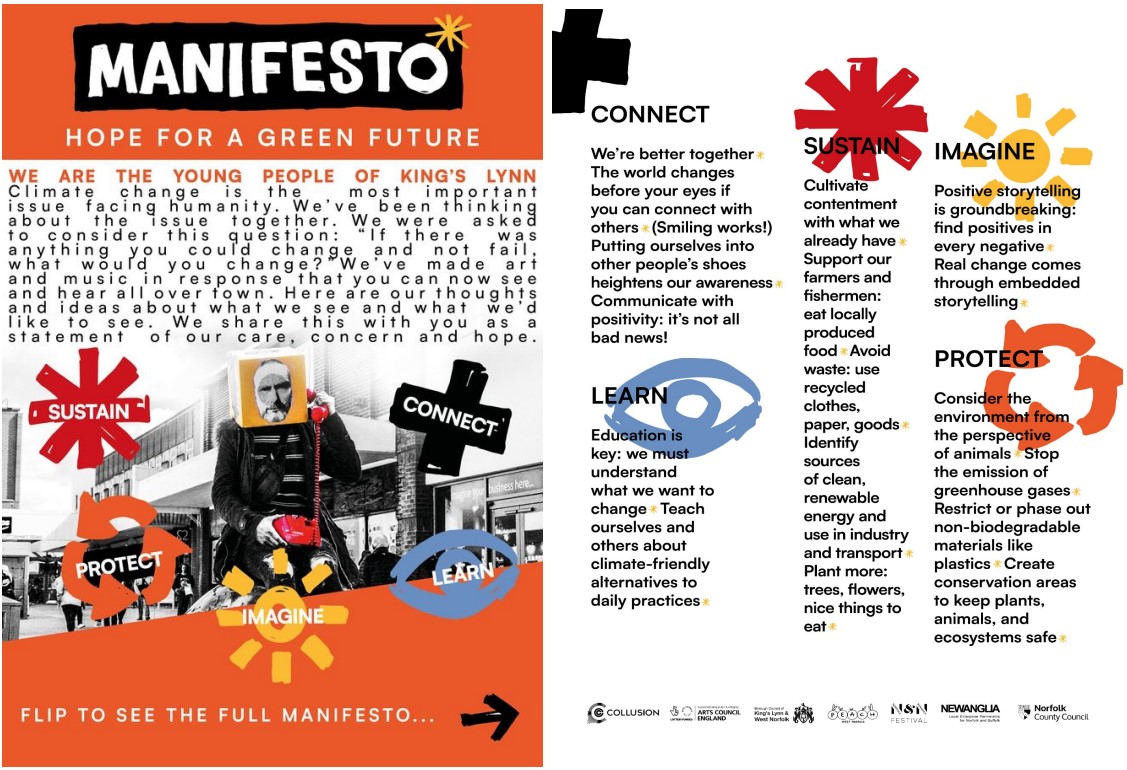 If you missed it, don’t worry! Until 31 May, the public are invited to experience the MANIFESTO* Exhibition – the culmination of the project’s creative work, on show for FREE around the town centre as part of the Norfolk & Norwich Festival.

Visit the sites on the map (attached) to find and explore:

MANIFESTO* is a programme of activity inviting King’s Lynn’s young people to explore creative responses to the climate challenge – using emerging technology as well as traditional artmaking techniques and tools. The project is produced by Collusion, the Cambridge and Lynn–based arts and tech organisation that most recently brought us THE INTERGALACTIC HANSEATIC LEAGUE and DRAWDOWN. It is the third project in the climate-themed GAME ON series led by Collusion for the Borough Council of King’s Lynn & West Norfolk, which seeks to establish King’s Lynn as a national centre of excellence for cultural innovation in interactive, townscale, projection-based artworks.