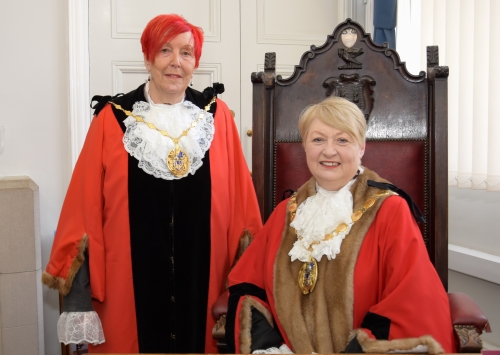 Lesley Bambridge was brought up in west Norfolk. Her family lived just outside Wisbech in the parish of Emneth. She went to school in Wisbech and later attended what is now the College of West Anglia, but then was known as “the Tech”.  Her family then made a move to Brancaster.

Lesley started working for Jaeger in King’s Lynn and then later in London at their head office.   She continued working in London for about twenty years and went on to work for Mecca, the entertainment company and later in PR,  advertising and sales promotion.

Upon her return to Norfolk, Lesley has had a variety of jobs. She was Marketing Manager for the King’s Lynn Festival and Arts Centre, Advertising and Promotions Manager for the Isle College in Wisbech and latterly worked for the education business partner organisation for Norfolk, helping young people find out about the world of work.  This involved finding work experience placements, running events in schools, setting up mentoring schemes and organising visits to industry.

Spending some time as a member of Trinity Rotary, Lesley was in fact their first woman President. She has volunteered for various organisations: The Child Contact Centre, the Winter Night Shelter, as a Trustee for West Norfolk Carers and has been a school governor for over twenty years.

A Borough Councillor for a town centre ward for some 15 years, Lesley currently lives near St Nicholas’ Chapel, but knows west Norfolk well, having lived in villages and visited almost every school in the borough as well. She has just completed a year as deputy to Mayor and Mayoress Harry and Brenda Humphrey.

Dennis, Lesley’s brother, is her consort,  alongside former Mayor, Cllr Colin Manning. She has chosen two consorts because of their other commitments.

Lesley’s chosen charities are The Bridge for Heroes and the Purfleet Trust, both of which have helped her personally to support residents in difficult situations. 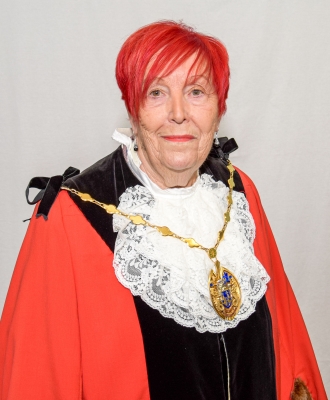 Cllr Margaret Rose Wilkinson (nee Farrow), who will be nominated as deputy Mayor, was born in Edmonton, North London.  After surviving the ravages of the wartime bombing, Margaret suffered the dreadful loss of both her parents when she was just nine years old. Her older brother took on the role of guardian to keep the family together.

Margaret left school at 15 and worked in London for Aquascutum, the luxury clothing retailer. This was followed by a stint at Burberry. In December 1958 Margaret married Peter, who was in the Merchant Navy and they went on to have a daughter and son.

Margaret then joined the NHS and worked for Tottenham Hotspur’s doctor in the mid 1960’s. In 1967 she and Peter visited friends who had moved to King’s Lynn and they liked the area so much they moved here the same year.  Margaret worked in the first doctor’s surgery on the Fairstead Estate, when it was situated in a house.

In 1983 Margaret was elected as borough councillor for the Fairstead ward, a role she has continued to date. Her 39 years of unbroken service make her one of the longest serving councillors. Margaret has undertaken a variety of positions, including chair of the environment committee, and she was proud to oversee many initiatives from which we still benefit from today.

In 1990, whilst working full time and serving on the council, Margaret was approached to stand as a Justice of the Peace, a role which she continued for 20 years.  Margaret has also been an active member of the Unite trade union for more than 30 years, receiving a special award for her long and valued contribution.

In spite of her busy life, Margaret still finds time for her favourite pastime of gardening.

Margaret was Deputy Mayor for two years from 2019, and is looking forward immensely to her year ahead supporting the Mayor.  Margaret has chosen two Consorts, Amani Habaibeh and Dawn Leigh, who will be by her side during her year in office.

Watch the Mayor Making ceremony below.