A commemorative coin, to be offered to every primary school child in west Norfolk to celebrate the Platinum Jubilee of Her Majesty The Queen, was launched at King’s Lynn Town Hall today by the Mayor.

The coin, bearing both the Jubilee logo and the borough’s mayoral crest, has been specially commissioned by the borough council to mark the historic occasion of The Queen’s 70 years of service and was given to some of the pupils from Greyfriars, Greenpark and Whitefriars primary academies by the Mayor today.

Mayor of King’s Lynn & West Norfolk, Cllr Harry Humphrey, explains: “The people of our borough have a special association with The Queen thanks to Sandringham House and her many visits across the area. I’m delighted that local primary school children will have a lasting memento of this historic year. I’m also pleased to be handing out the first coins today, while Her Majesty The Queen is staying at Sandringham to celebrate her 96th birthday.”

Children at the Town Hall had this message for The Queen today:

Coins will be presented to all local primary school children during mayoral and ward member visits.

The Mayor has also asked for 12 coins to be sent to Sandringham for Her Majesty The Queen to give to her great grandchildren. 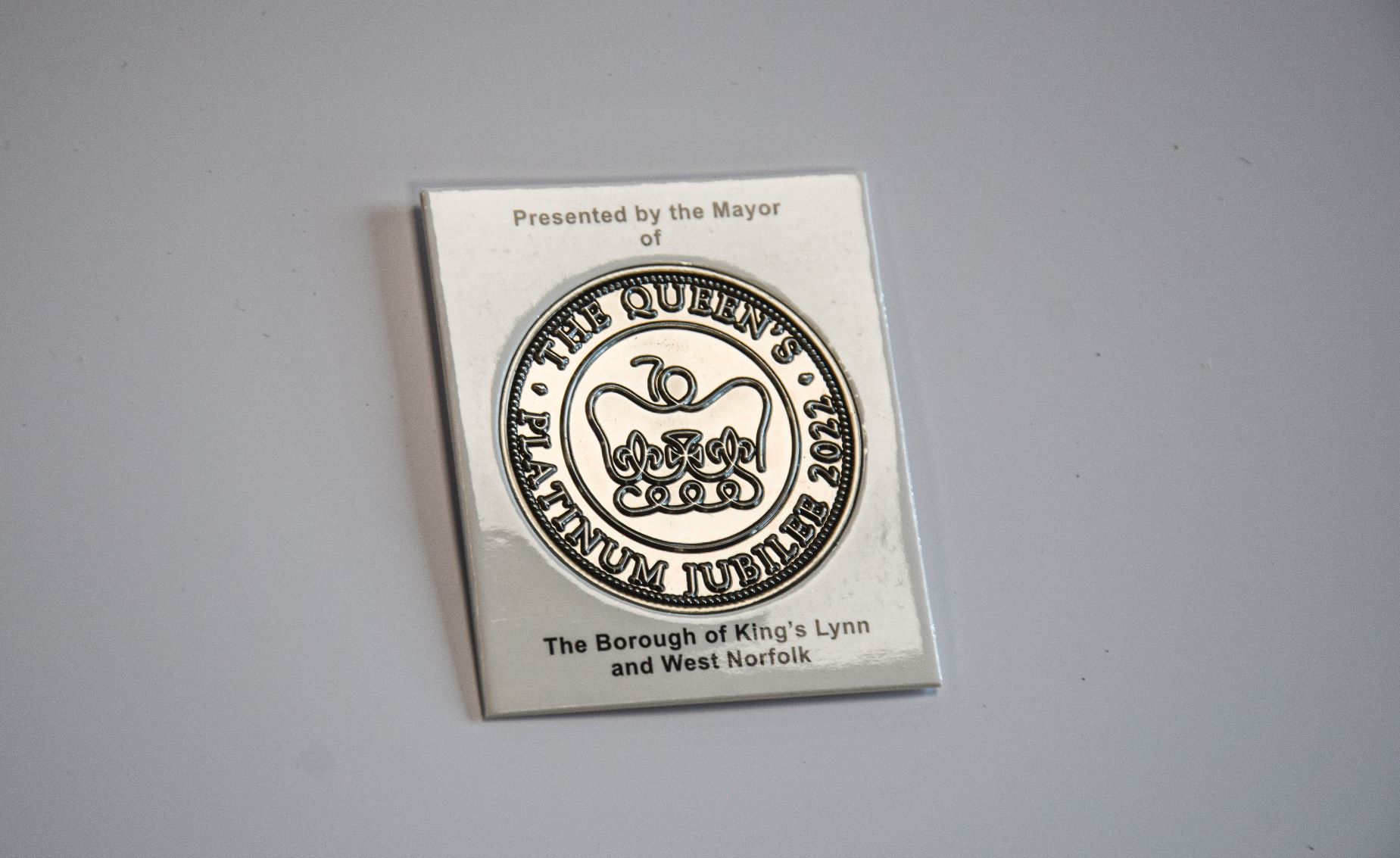 It is hoped that all west Norfolk primary school children will be in receipt of their very special Jubilee coins before the start of the summer holidays. All schools are encouraged to reply as soon as they get the email so a distribution plan can be organised.