Tributes for the fallen

Many local schools got involved with a Royal British Legion King's Lynn & District Branch initiative in preparation of this year's remembrance service in The Tower Gardens, King's Lynn.

Up to 12 schools have had pupils making poppies and poppy wreaths to hang on the railings at the Tower Gardens, home to the war memorial.

Karin Hipkin, from the Royal British Legion, King's Lynn & District Branch Community Support, said: "I wanted to develop an initiative that would involve young people and encourage them to think about the importance of the poppy appeal and the annual act of remembrance for those who lost their lives. I hope the display they create captures the attention and hearts of others who will also take time to remember those who fought for us." 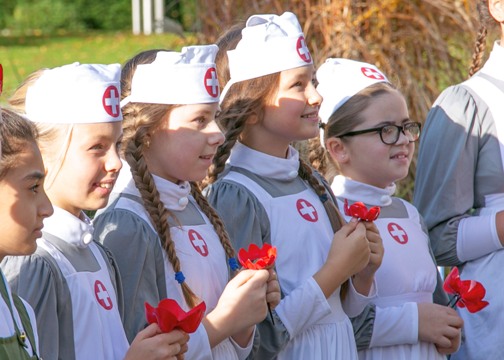 On Tuesday, 29 October 2019, pupils were joined by the Mayor of King's Lynn & West Norfolk, Cllr Geoff Hipperson, as they proudly displayed the poppies they have made on the railings of gardens.

Cllr Hipperson, commented: "Community involvement is so important when paying tribute to the fallen. I urge people to come along to look at the children's work and take a moment to remember the sacrifices made by others." 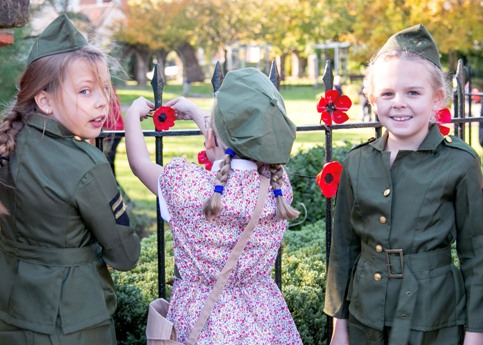 In addition, the Borough Council of King's Lynn & West Norfolk has joined forces with the Rotary Club to purchase two, handmade, wrought iron WW1 bespoke benches. The benches depict a poignant WW1 scene and will be located either side of the Lest We Forget plaque. 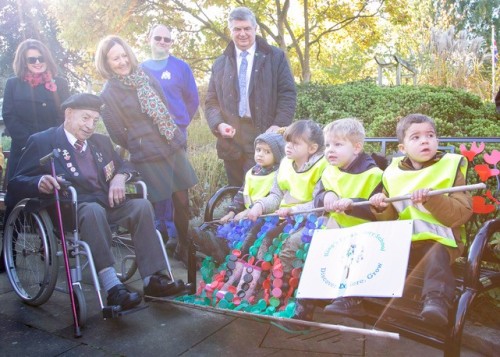 Cllr Elizabeth Nockolds, Borough Council of King's Lynn & West Norfolk Cabinet Member for Culture, Heritage and Health, said: "These benches make a fitting tribute to the soldiers who lost their lives as well as bringing benefit to users of the park who wish to sit and ponder for a while in this contemplative space. I am grateful to the support from the Rotary Club for securing these benches." 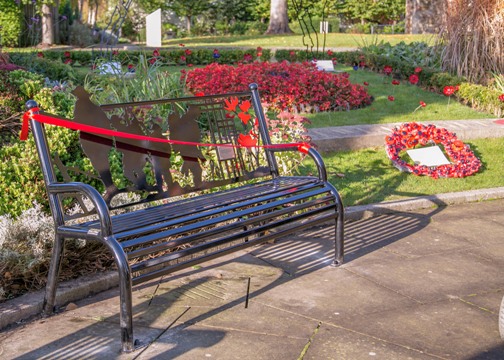 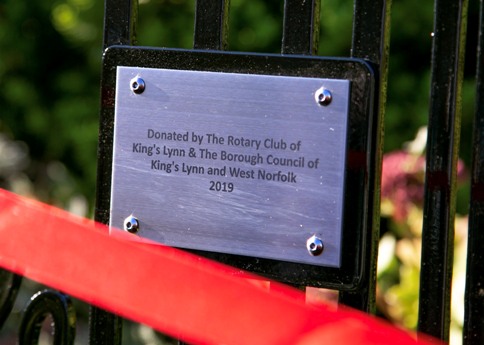