Councillors and the street scenes teams from the Borough Council of King's Lynn & West Norfolk have been taking the Anglia in Bloom judges on a tour of west Norfolk. 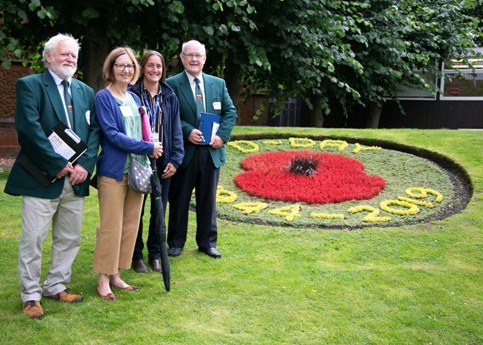 King’s Lynn was the first to be seen on Thursday 18 July. Borough councillor Elizabeth Nockolds took the judges on a tour of the town.

In Tower Gardens Julie Williams and Jo Reynolds from Soroptimist’s King’s Lynn explained the planting they had done in the gardens, alongside Rachel Williams and David Taylor who worked with local school children on projects in the Tommy Garden, including creating the little Tommy soldiers.

President of the Rotary Club of King’s Lynn, Steve Roberts, pointed out their work. John Hayes from the Gaywood Valley Conservation Group and Phillip Pole also discussed the work they have done in the borough.

On Friday 19 July it was the turn of Hunstanton and Downham Market to be seen. 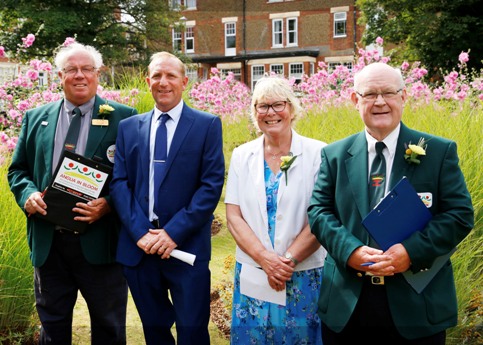 Borough councillor Carol Bower showed the judges why she thought the town deserved another gold award, while town councillor Adrian Winnington pointed out the planting that had taken place to increase insects, including bees, into the town and the community orchard work. The Hunstanton Heritage Garden Friends and Adopt-a-Bedders joined the judges in Esplanade Gardens too.

In Downham Market, Borough Councillor Colin Sampson was joined by Deputy Mayor Jenny Groom and other town councillors and In Bloom committee members. The judges were particularly interested in the community orchard and the development of the allotments. After touring areas including the railway station, The Willows Nature Reserve, memorial garden and orchard they were serenaded by a musician at the Town Hall.

On Monday 22 July Bircham was judged. This is the first time they have entered Anglia in Bloom.

We find out the results from the judging at an awards ceremony held in St Ives, Cambridgeshire on 10 September.