Players from Lovell East Anglia and the borough council are expected to have raised £500 for charity following an amateur football match at Alive Leisure Lynnsport.

The idea for the game came about following discussions during regular meetings held between Lovell and the borough council, on whose behalf the developer is providing affordable homes for the benefit of people living in King’s Lynn.

Proceeds raised through the match will be donated to both The Fire Fighters Charity and West Norfolk Mind, the latter being one of the charities supported by Councillor Geoff Hipperson, Mayor of King’s Lynn and West Norfolk, who attended the match and blew the whistle for kick off.

The final score was a 3-1 win for Lovell East Anglia but organiser, and council worker, Sam Garrod said it was a great day and a rematch is being considered: “As a team we pulled together and there were some feisty moments in the game. It’s great to have raised money for some fantastic charities.

“Despite the loss, I’m pleased I managed to score a goal and, it was a good laugh all round”. 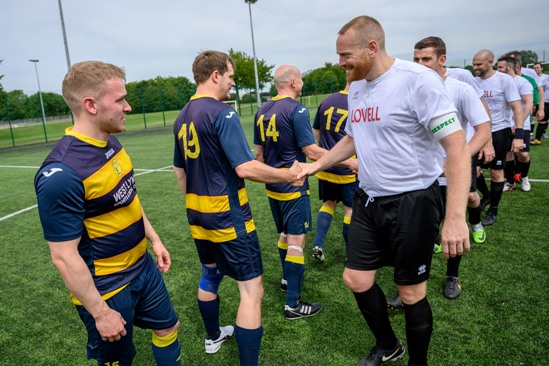 The Fire Fighters Charity provides life-enhancing services to the fire and rescue community, and its support programmes include rehabilitation, recuperation, psychology and nursing.

West Norfolk Mind is an independent charity based in King’s Lynn that promotes mental and social inclusion within the community and supplies resources for individuals who have a mental health issue, as well as their family and friends.

The mayor, Councillor Hipperson, said: “Two worthy charities benefit, one being very close to my heart. West Norfolk Mind encourages positive mental health and social inclusion, and this match is a great example of that.” 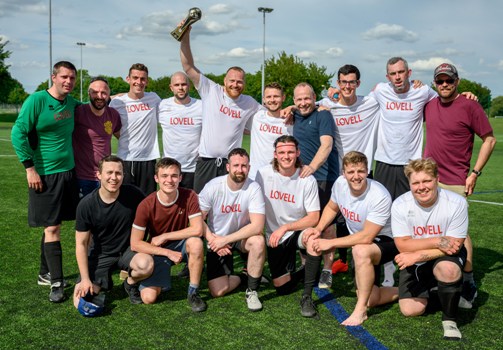