Norfolk has launched the SCRAP fly-tipping campaign today which aims to fight the blight of fly-tipping in the county and cut the annual £1m clear up cost.

The campaign reminds people to check their waste is being taken away for disposal by a licensed carrier – either by asking to see a Waste Carriers Licence* or by looking up the company on the Environment Agency website.

Cllr John Fisher, Chairman of the Norfolk Waste Partnership, said: "I hate to see fly-tipping and I know the vast majority of people do too. Fly-tipping is illegal, unsightly and pollutes the environment."

"There are lots of ways that people can legally get rid of the things they no longer want, so in addition to asking people to avoid giving their waste to rogue traders, the SCRAP campaign will be highlighting how people can dispose of items and stay within the law."

"We’re urging people to follow the simple SCRAP code and are reminding people that if it’s their waste it’s their responsibility."

People can avoid an unlimited fine by following the SCRAP code: 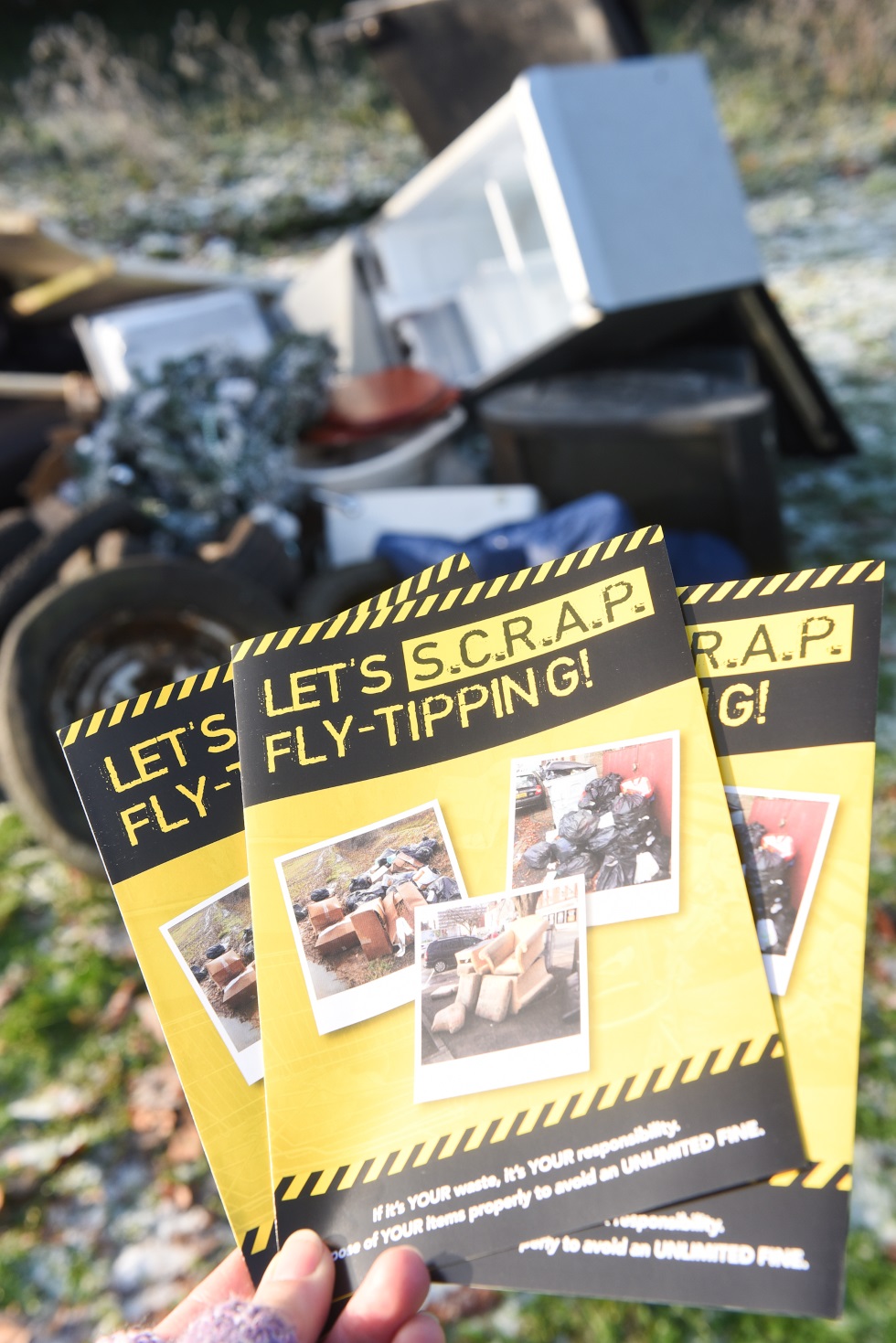 All of Norfolk’s councils, the Environment Agency, Norfolk Constabulary, and the NFU and CLA are joining together to support the SCRAP fly-tipping campaign.

SCRAP is based on an award-winning and successful campaign continuing to be developed by the Hertfordshire Waste Partnership and its partner authorities, which in addition to now including Norfolk, also includes Buckinghamshire, Cambridgeshire, Kent, Lancaster and Corby, with more joining all the time.

Roger Thomas from the Environment Agency, said: "People who fly-tip have no respect for the environment and no regard for the consequences to you if you are found guilty of a waste offence."

"Don’t give your waste to anyone you haven’t checked out on our website at GOV.UK. Alternatively you can call our National Customer Contact Centre on 03708 506506 who will check for you. A legitimate operator should be happy to provide you with a waste carrier number."

"If you believe the waste service offered to you is illegal you can report this anonymously to Crimestoppers on 0800 555 111."

PC Dave Armstrong of Norfolk Constabulary said: "Fly-tipping is an offence: one that poses a risk to people and the environment. This campaign offers practical and helpful advice on how people can dispose of their unwanted items and stay on the right side of the law. We would encourage members of the public to contact their local council if they have any concerns about the issue in the area."

NFU Norfolk County Adviser John Newton, said: "Fly-tipping is harming Norfolk’s beautiful countryside, posing a danger to wildlife and livestock and costing farmers and landowners time and money to clear away. We’re pleased it is being tackled in partnership with the police, local authorities and other organisations. The key message of the SCRAP campaign is that the public can make a real difference by ensuring their waste is disposed of responsibly."

The CLA (Country Land and Business Association) represents farmers, landowners and rural businesses across Norfolk. CLA Regional Surveyor Tim Woodward said: "Fly-tipping is a crime that blights the Norfolk countryside and this campaign will hopefully raise awareness of simple steps members of the public can take to ensure their waste doesn’t end up in a field or on a roadside verge."

"It is not only local councils that have to pick up the bill for clearing fly-tipped waste. Private landowners are responsible for removing rubbish dumped on their land and picking up the bill for doing so, which can often run into hundreds of pounds each time."

For more information about the campaign, fly-tipping and legal ways to get rid of unwanted items, visit: www.norfolkrecycles.com/scrapflytipping 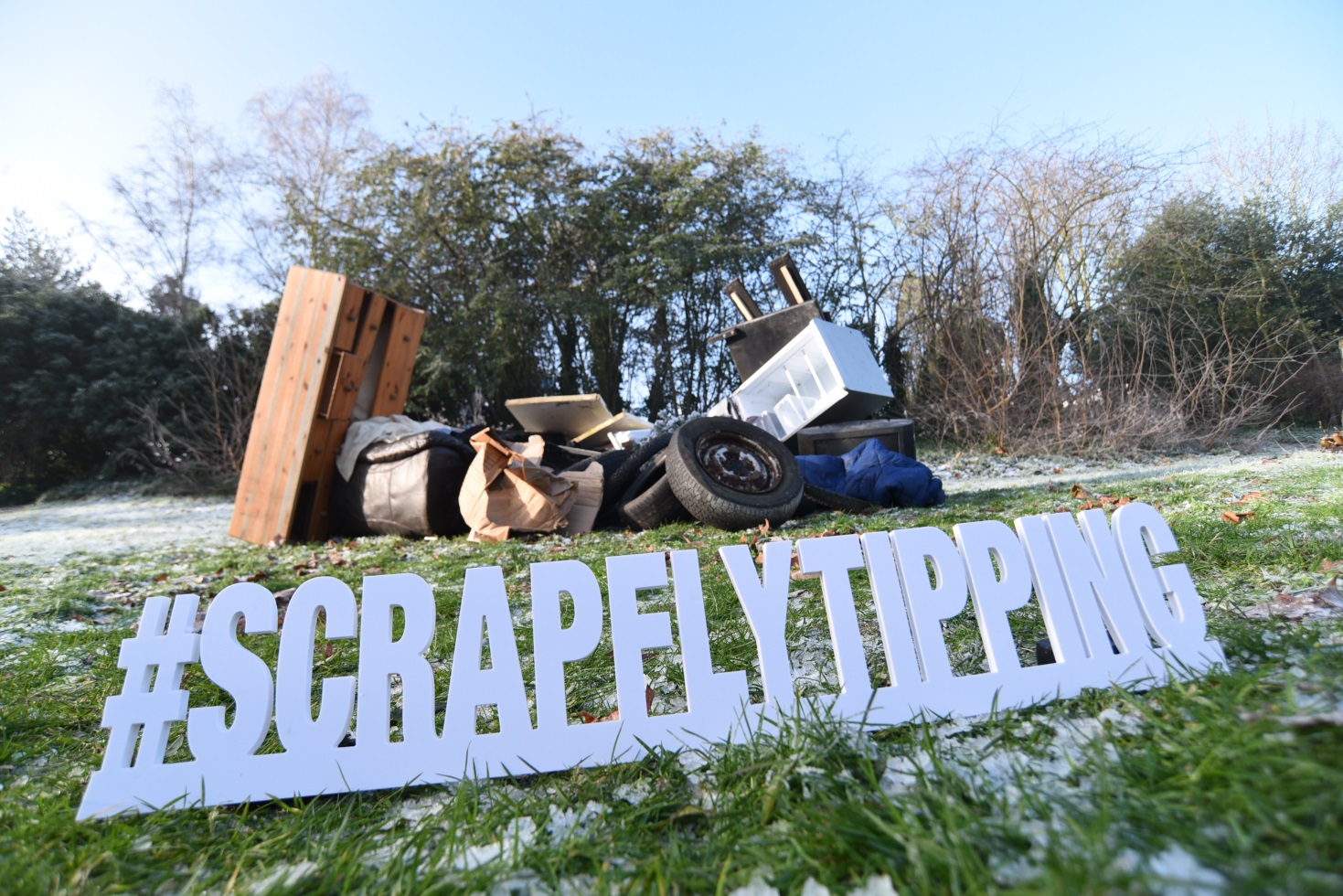