The objects washed up on the beaches in Hunstanton and Old Hunstanton have been confirmed as peat, and are not a hazard to the public.

Reports were made to the Borough Council of King’s Lynn & West Norfolk of black objects of various sizes being washed up along the shoreline between Hunstanton and Old Hunstanton on Saturday 3 March 2018.

Initial analysis by MCA Coastguard and Norfolk Fire & Rescue Service officers presumed the material to be peat, and additional sampling since has confirmed this.

Testing of the objects for volatile organic compounds (VOC) gave a negative result, and confirmed that the material could not be an oil-based product.

While the exact source of the material cannot be confirmed, it is thought that the recent storm activity last week may have dislodged the material from the shoreline further along the coastline, and the easterly winds deposited the material at Hunstanton and Old Hunstanton.

The peat is not a hazard to the public and does not need to be removed. The peat will either become buried, or quickly break down and be dispersed naturally by the weather and tides. 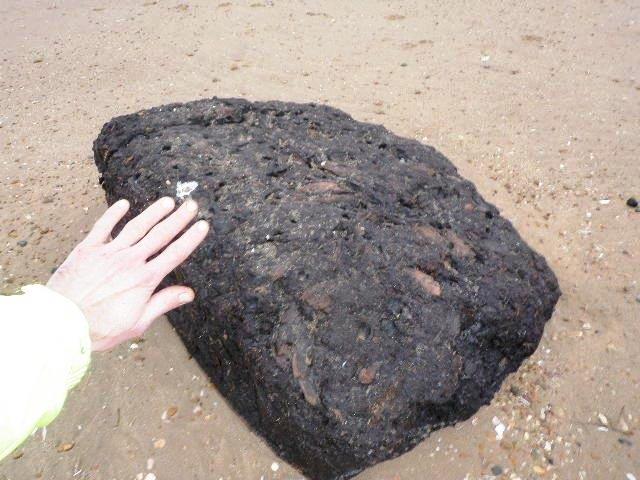