Folk in the Town 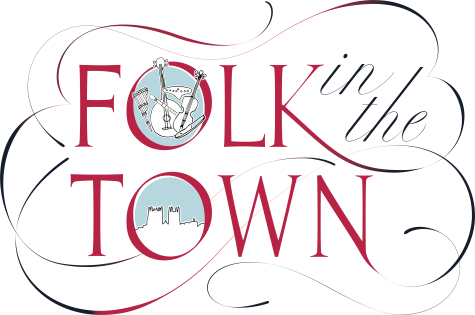 Folk in the Town returns to the Tuesday Market Place (King's Lynn) this weekend and as always, it's free to attend.

Here’s who you can see on stage this year:

The British folk and mid-century song-writing duo, The Browns, specialise in acoustic music that spans more than half a century. Known for their harmonies, they perform an eclectic mix of songs from a range of genres. When performing their own songs, The Browns engage listeners with tunes that are soulful, dynamic, with haunting lyrics, and performed with energy and enthusiasm. 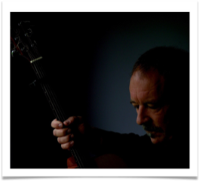 Kevan Taplin co-founded the electro-acoustic band FRONT PORCH over a decade ago performing an eclectic mix of Folk, Blues and Americana style material usually written by Taplin and performed in front of their Front Porch stage set.

Sadly a couple of years ago Front Porch’s other co founder passed away but made Taplin promise he would carry on writing and performing. Over the pandemic Taplin was invited to perform on the Norfolk single for the NHS and released his first album: The voyages of a Renaissance Man. due to go on sale at HMV soon. 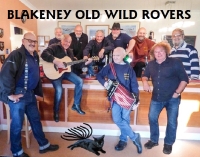 The Blakeney Old Wild Rovers shanty and folk band formed in 1999 and have raised nearly £250,000 for a range of national and local charities. They perform a mix of traditional tunes to humorous local songs at events and one-off concerts. 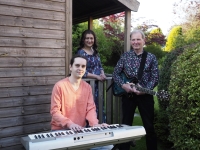 From Holt, Norfolk. The Lighters because they're not heavy. They play classic folk/country/pop/rock covers and a sprinkling of originals.

The Larks are Liz Miller and Chris Wilbraham. Using carefully wrought harmonies, guitar and mandolin they have been entertaining audiences for more than ten years. They have played at folk festivals local to them, Cambridge, Ely, FolkEast, and have played as main artists at places like Islington Folk Club.

Stopping off on their "HERE WE GO AGAIN TOUR"

Annie Duggan and Rob Hines are one of the Midlands most vibrant performers and have received National acclaim not only for their own material but also their interpretation of songs from artists who have influenced their own music which is a seamless blend of Americana, Folk Blues and Roots.

Christina Alden & Alex Patterson and The Shackleton Trio are two of East Anglia’s finest folk exports, and have been recognised as two of the hardest working bands on the UK folk circuit. Here they join forces to play new material, as well as music from each act.

Christina Alden and Alex Patterson have toured with Show of Hands and are main stage regulars on the UK folk festival circuit. ‘Immensely talented musicians’ (fRoots), they take influence from English folk traditions with uplifting instrumentals and self-penned songs depicting tales of young travellers, sleepy seas and their affection for home. 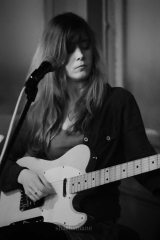 “Yve Mary B is a rare talent indeed and she is capable of delivering highly emotive songs in several different genres, from blues to folk to country to Americana. The voice of an angel!” — Steve Morphew

Purveyors of fine traditional and acoustic songs & music, the Fried Pirates, based in West Norfolk, began playing together in 2012 and have evolved into a 4 piece lineup of Adrian, John, Sharon and Roger with guests dropping in occasionally. They vary their very extensive set list of upbeat traditional songs and tunes, modern songs, original material and Americana to suit the venue and their audiences.

The past 12 years or so have seen The Bounty Hounds performing on folk festival stages across the country from the Welsh Borders to the South Coast, from The West Country to North Yorkshire, from the Midlands to East Anglia.

So, who are The Bounty Hounds? ‘Not just another folk/rock band’. Who says so? well, we do, but don’t just take our word for it.

‘Extensive use by the band of electric guitar differentiates it from the hundreds of other “folk rock” bands on the circuit at the moment.’ (FATEA)

Well established as a festival band, and again, don’t just take our word for it,

‘Bringing traditional and their own songs to life with a beat and a bounce. Folk-rock at it's best’ (Swanage Folk Festival)

Schrodingers Strings – A quartet comprising a 27 string harp, a 38 string harp, a mandolin and an acoustic guitar. As well as original material, they perform covers from Pink Floyd to Iron Maiden.

Fresh from a vaccination pod near you, the Boxwood Chessmen will be back, bigger, bolder and better than ever. Emerging this Summer from the enforced cocoons of 2020, the Boxwoods are ready to spread their wings and touch down for a happy return to Folk in the Town. There will be the usual lively set of Toe-tapping original songs and tunes and they'll be keeping tradition alive with some tasty nectar from the European and American folk traditions. Try to catch them before they flutter off to Broadstairs Folk Week and Shrewsbury Folk festival in August. 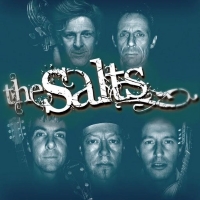 The Salts live shows have been going down a storm throughout the UK at festivals and venues alike, recent performances include the Great British Folk Festival, Weyfest, Tall Ships Festival Greenwich, The Pirate Festival Brixham, Wilton’s Music Hall, Crawley Folk Festival and many more. Their latest album ‘ Brave’ received rave reviews across the board with radio plays all over the UK and abroad. The band feature five seasoned musicians collectively performing a mixture of instruments as well as great harmonies and are guaranteed to get the crowd singing and dancing along.